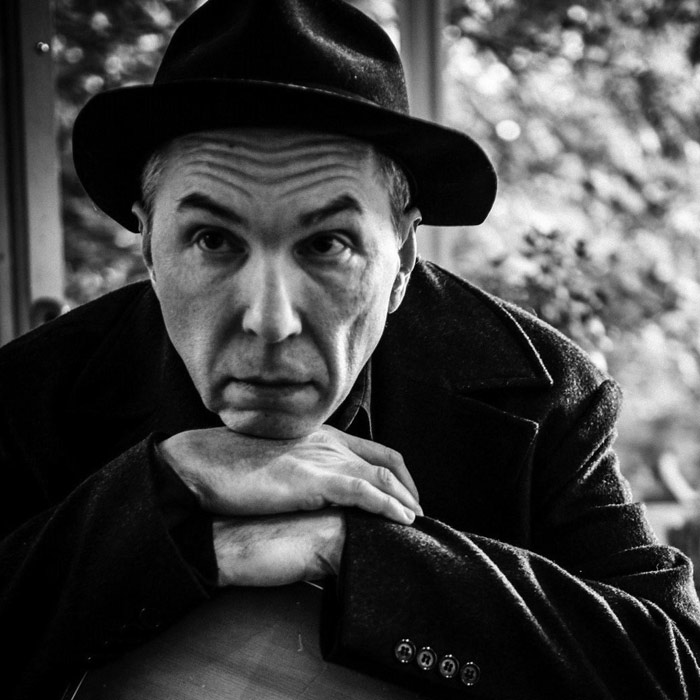 Rob Snarski is a singer, a velvet-voiced troubadour.

His musical life began as a ten-year-old, playing a very heavy 120 button accordion gifted to him by his grandmother, before taking up the guitar in his teens.  Rob has toured the globe with The Blackeyed Susans and as a guest vocalist with The Triffids and graced the same stage as Johnny Cash, Leonard Cohen and Marianne Faithful amongst others.

He has released two solo albums.  His first book “You’re Not Rob Snarski: Crumbs from the cake” was published by UWA Publishing in February 2017.